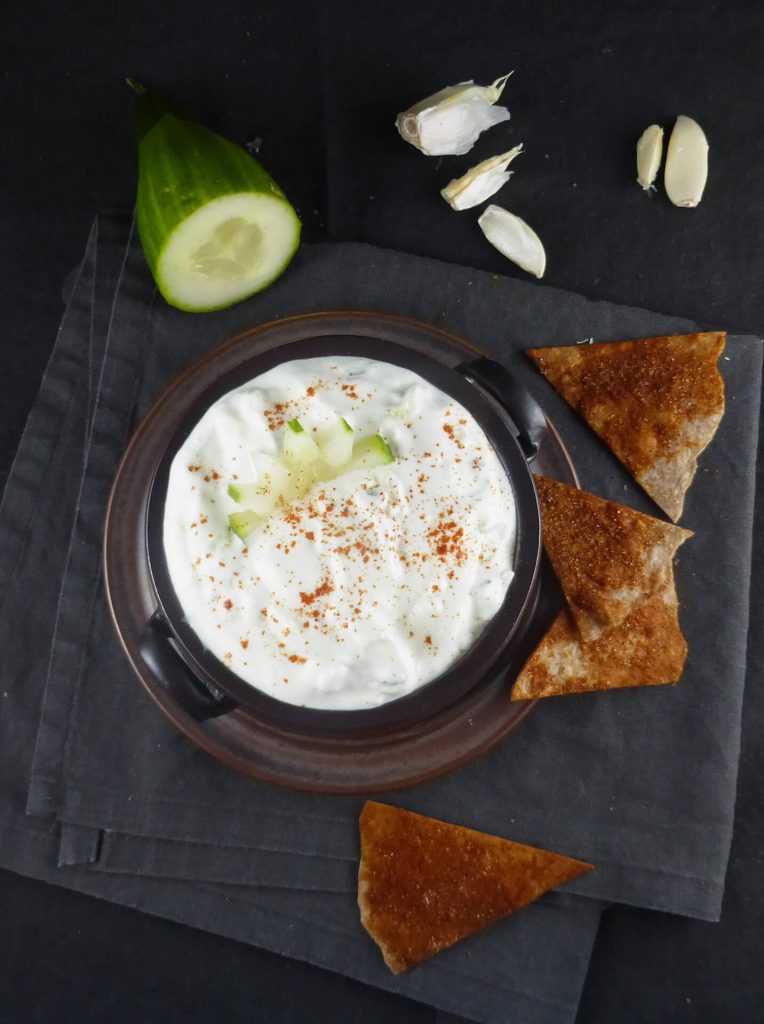 One of my fondest memories from travelling in the Greek islands is enjoying tzatziki dip. Creamy yoghurt, mouth-burning levels of garlic and fresh cucumber make an amazing taste combination.

Let’s face it, nothing is ever going to top authentic, made in Greece, tzatziki. However, my version comes a very close second, even if I do say so myself.

I often hear tzatziki described as a sauce. If done right, it is most definitely not a sauce. It’s thick. Really thick and it’s this consistency that makes it perfect for dipping pita bread, tortilla chips or crudities, or served dolloped over meat, particularly souvlaki or gyros. 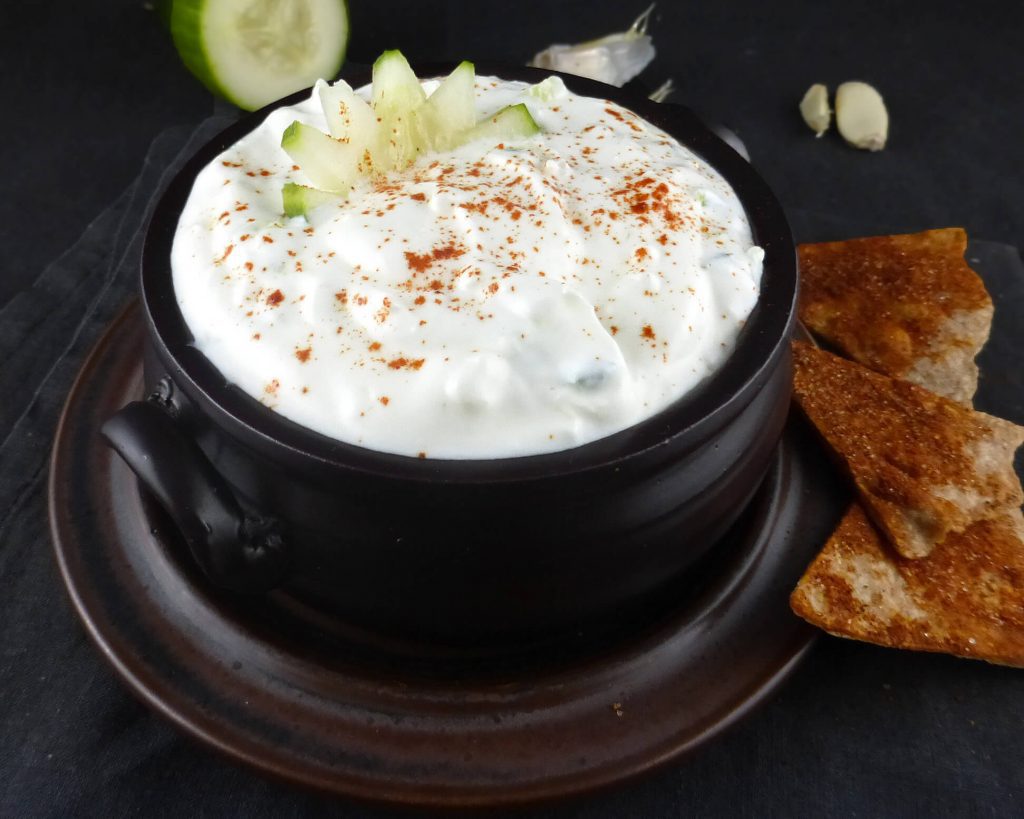 Tzatziki dip is also great for summer barbecues, with its zingy freshness a winner every time. Not only that, but if you make it with low fat Greek yoghurt, you won’t find a healthier dip anywhere else. Traditional tzatziki dip doesn’t have paprika or cayenne (as far as I know) but I think both make awesome additions.

Make it well in advance (at least the day before) as this gives it time for the garlic and hint of spice to seep into the creamy yoghurt. Serve it with some delicious mozzarella spelt bread or Monterey Pepper Jack spelt focaccia along with a fresh Greek salad and you’re good to go. 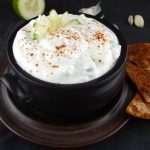 I use grams in my recipes because I think weighing ingredients is the most accurate system. If you would prefer to use imperial (cup) measurements you can convert my grams to cups with Cook it Simply. 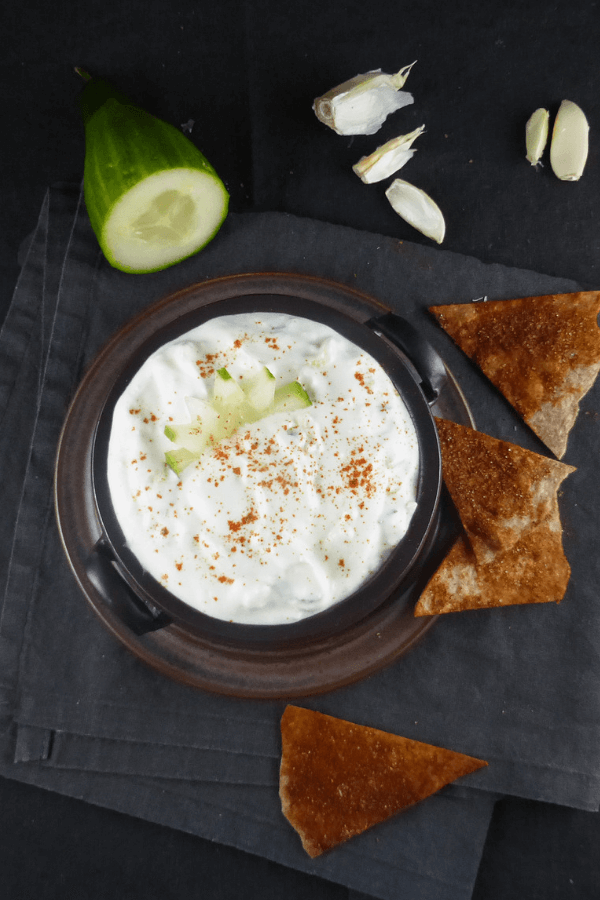 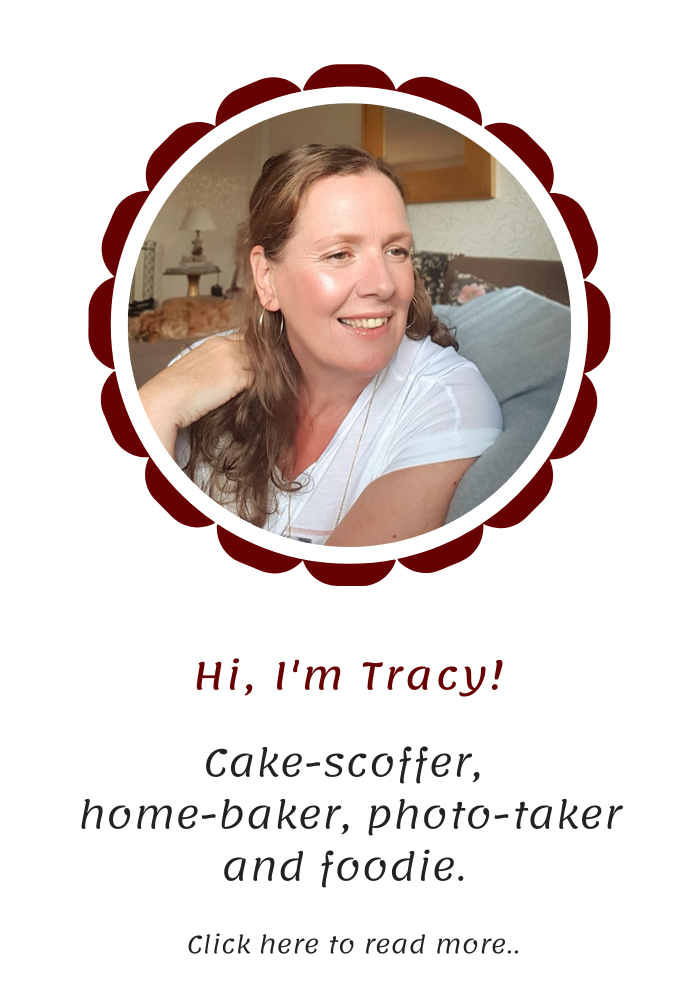 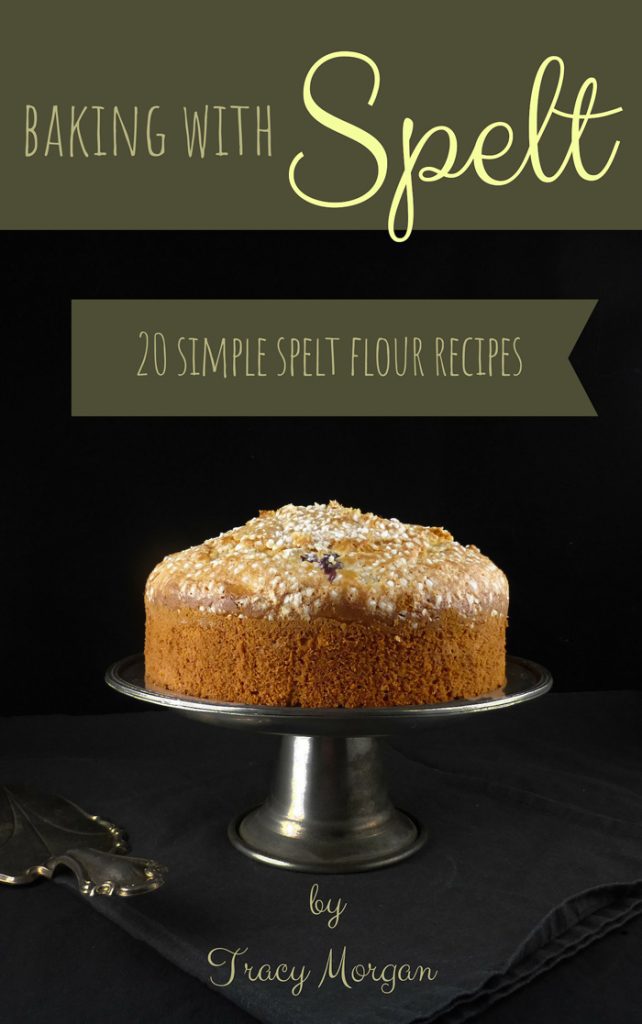 We use cookies to ensure that we give you the best experience on our website. If you continue to use this site we will assume that you are happy with it.OkayNoPrivacy policy
Revoke cookies